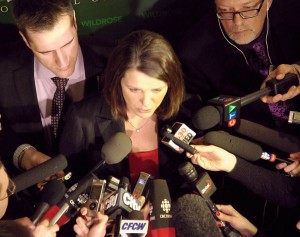 In Britain, too much of our public debate about Europe is infected with confusion, misconception and dishonesty. The language we use to talk about European issues can sometimes help to cut through the confusion — but it can also make it worse.

This page makes some suggestions about how pro-Europeans can talk accurately, accessibly and positively about Europe and the EU, and highlights some pitfalls to avoid.

Eurosceptics are masters of overblown rhetoric. Equally, though, moderates often make the mistake of repeating familiar phrases that have negative connotations, unwittingly feeding a latent suspicion that the EU is somehow distant, threatening or adversarial. The more traction these phrases gain in the minds of the public, the harder it is to correct misconceptions and communicate the truth.

Another problem is that political communicators of all stripes can rely too much on jargon, using phrases that are familiar to those on the inside but which can be off-putting to non-experts. Many political institutions are complex, and the EU is certainly no exception. But careful use of accessible language can help to overcome that complexity, as well as to defuse possible misunderstandings in advance.

If you expect to have your words pounced on by mischievous opponents, you can take steps to preclude that mischief. It is absolutely not a case of pro-EU propaganda — everything on this page is straightforwardly factual. It’s simply about improving audience understanding, and reducing the possibility for eurosceptic mischief-making that trades on ambiguity and misconception.

Unfamiliar acronyms are jargon, and jargon not only makes communication harder but it also raises suspicions of complexity or even incomprehensibility. Don’t overestimate how familiar a non-specialist audience is likely to be with what might seem like everyday acronyms. As a rule of thumb, ‘EU’ is probably safe, but take care with anything more than that.

Misplaced acronyms don’t just confuse non-experts. They also make writing harder to read, even if the reader is familiar with them. Don’t litter your writing with references to “the ECJ”, even if you’ve spelled out what it means at the start. Just give it its proper title once or twice, and otherwise call it “the court”.

A particular one to avoid is using “EC” to mean “European Commission”. The acronym simply isn’t used in non-specialist discourse, and besides, plenty of people remember when “EC” meant “European Community” — it wasn’t that long ago.

A decent argument can be made for biting the bullet and making the positive argument for genuine, enlightened federalism — after all, this is presumably the only way Brits and our European neighbours are ever going to be able to discuss it without talking at crossed purposes. The danger with this be-a-hero approach is that, no matter how carefully you use the word with a British audience, there will be a less conscientious political opponent waiting in the wings who will happily sling it back at you out of context (“See! I told you he was a closet federalist!”). And mud sticks.

Whichever approach you choose, don’t let confusion about what the word means distract from what you’re actually talking about — especially if it’s a bread-and-butter political issue rather than a constitutional one. There are plenty of decent alternatives to “federal” which don’t carry the inbuilt risk of misunderstanding. Depending on the context, you could talk about “decentralised decision-making”, “multi-level decision-making”, “distributed government”, “taking decisions jointly where necessary”, or “taking decisions as locally as possible”.